Neurons communicate with each other via synapses where the electrochemical signal is converted into a biochemical one. Information is transferred by the release of neurotransmitters into the synaptic cleft and is received on the post-synaptic side by corresponding receptor proteins (1). During this process, the synaptic vesicles fuse with the pre-synaptic membrane, so that the inner vesicle membrane is transiently exposed to the extracellular space.

In cultured hippocampal neurons, luminal protein epitopes can thus be bound by antibodies added to the culture medium, which are then incorporated into the synaptic vesicles during the subsequent clathrin-mediated endocytosis (2).
With this approach, active synapses with ongoing vesicle recycling can be selectively labelled (figure 1). If for example an antibody against Synaptotagmin1 is applied, all active synapses are labelled independently of their neurotransmitter phenotype (figure 2). In contrast, an antibody against the vesicular GABA transporter (VGAT) allows selective labelling of exclusively active inhibitory synapses (3).

When primary-labelled antibodies are used, direct visualization of recycling vesicles is possible without additional fixation, permeabilization or application of any secondary reagents.
Alternatively, primary antibodies can be pre-incubated with NanoTags secondary FluoTags to form primary-secondary antibody complexes. These complexes can then be used like primary labelled antibodies for the direct labeling of living neurons. 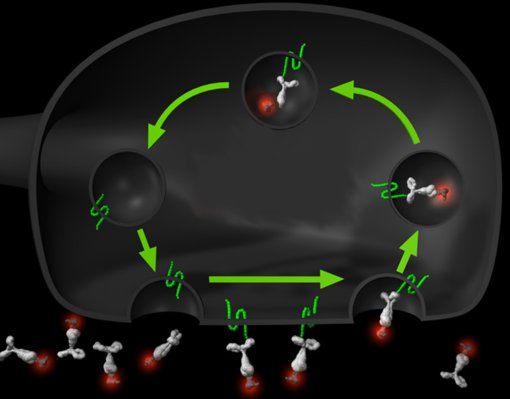 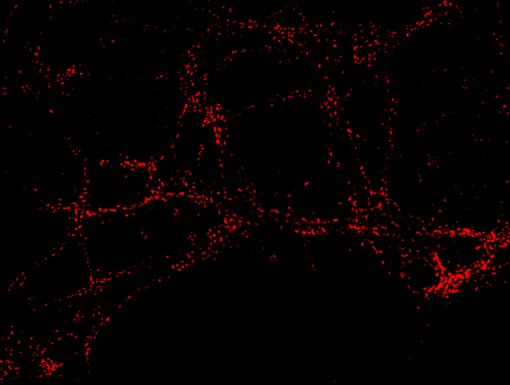 Synaptic Systems offers a unique portfolio of antibodies directed against luminal epitopes of synaptic vesicle proteins that are suitable for activity dependent labeling of recycling vesicles. A panel of different fluorophore conjugates is available to match your exact needs.

Explore the possibilities of these exclusive reagents.